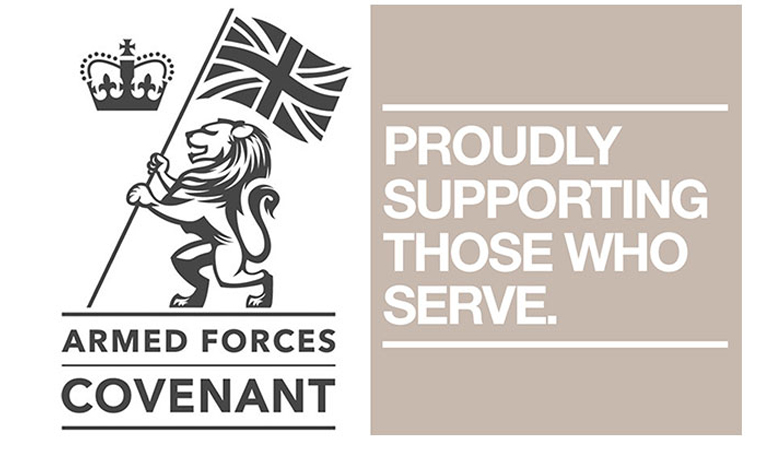 The Armed Forces Covenant supports serving personnel, service leavers, veterans, and their families with a range of services and initiatives. The Armed Forces Covenant focusses on helping members of the armed forces community have the same access to government and commercial services and products as any other citizen. It has been backed by local and national government, businesses, charities, and communities.

YGAM has consistently shown its support for the Armed Forces through its policies which support reservists with additional time off for training, exercises, and deployment. The charity’s recruitment supports applications from reservists and former Armed Forces personnel. YGAM celebrates Armed Forces Day and Reserves Day annually both internally and externally. The staff team has now surpassed 40 employees including two employees who are currently serving as reservists.

YGAM are also pleased receive the bronze award from the Defence Employer Recognition Scheme (ERS). The award recognised employers that pledge, demonstrate or advocate support to defence and the armed forces community, and align their values with the Armed Forces Covenant.

Dr Jane Rigbye, Chief Executive at YGAM, said; “It’s important to us, as an employer, to support the Armed Forces Covenant. We are very proud to employ members of the Armed Forces and work closely with other charities serving both current and former military personnel. This is a natural progression for us as an organisation that cares about its social impact, the lives of people in the UK and our team members.”

Sam Robinson works as an Education Manager, leading YGAM’s work in Wales. Sam is also a Lance Corporal in the Royal Monmouthshire Royal Engineers. His role as an army reservist is to provide combat engineer support and support homeland resilience Sam welcomed the news, saying; “Reservist careers give you lots of new and varied experiences, the fact YGAM has chosen to recognise and value that is hugely important, and by showing that support through the covenant shows a real and enduring commitment to the Armed Forces family.”

Sam Low, Customer Relationship Management and Systems Manager at YGAM and a Royal Navy Reserve general warfare rating. Sam’s training focuses on seamanship and weapons to provide operational capability to the main Royal Navy as and when is needed. He said “I feel fortunate to have an employer like YGAM who is so supportive of my passion to serve my country whilst working full time in the charity sector. I’m proud to be part of an organisation like YGAM, which has committed itself to the covenant.”

You can also read the Armed Forces Covenant promise in full here.

Get updates and learn about the work that we do 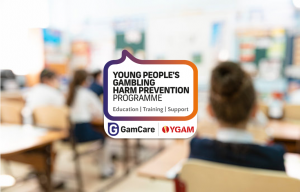 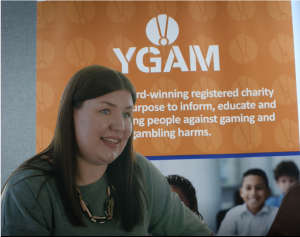 Dr Jane Rigbye: We maximise our impact when we work together

London, 21 October 2022: Those involved in gambling harms prevention in Britain will no doubt have seen that this week has been “Safer Gambling Week”.

We use cookies on our website for several purposes. They help us provide you with a good experience when you browse our website and allow us to improve our site.

A cookie is a small file of letters and numbers that we store on your browser or the hard drive of your computer if you agree. Cookies contain information that is transferred to your computer’s hard drive.

You can block cookies by activating the setting on your browser that allows you to refuse the setting of all or some cookies. However, if you use your browser settings to block all cookies (including essential cookies) you may not be able to access all or parts of our site.

You can manage your cookies preferences by clicking on the "Settings" button and enabling or disabling the cookie categories on the popup according to your preferences.

You can block cookies by activating the setting on your browser that allows you to refuse the setting of all or some cookies. However, if you use your browser settings to block all cookies (including essential cookies) you may not be able to access all or parts of our site.

In addition to this, different browsers provide different methods to block and delete cookies used by websites. You can change the settings of your browser to block/delete the cookies. To find out more out more on how to manage and delete cookies, visit wikipedia.org, www.allaboutcookies.org.

We use the following cookies:
Strictly Necessary Always Enabled
Strictly necessary cookies are required for the operation of our website. These cookies ensure basic functionalities and security features of the website, anonymously.
Analytical/performance
allow us to recognise and count the number of visitors and to see how visitors move around our website. This helps us to improve the way our website works, for example, by ensuring that users find what they are looking for easily.
Functional
Functional cookies are used to recognise you when you return to our website. This enables us to personalise our content for you, greet you by name and remember your preferences (for example, your choice of language or region).
Targeting
Targeting cookies record your visit to our website, the pages you have visited and the links you have followed. These cookies track visitors and collect their information to provide customised ads.
Others
Other uncategorised cookies are those that are being analysed and have not yet been classified into a category.
Save & Accept